The theoretical service life of LEDs produced by regular manufacturers is generally around 80,000 hours. Now, many luminous characters have not used enough for one year and began to frequently replace Indoor LED Module, which has brought a lot of trouble and economic loss to customers and advertising manufacturers. 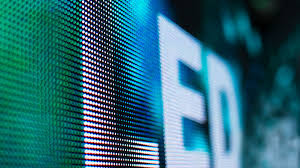 Solution: Purchase qualified LED single lamp pellets produced by regular manufacturers (the quality parameter description provided by the manufacturer is required), and make the module yourself. Do not try to buy a single LED light bulb or a manufactured module in the electronic display market. If you need to buy a module, you should see how many resistors are installed on the module. It is best not to use a best LED module with one resistor installed. The resistor plays a current limiting role in the module and is easy to generate heat. Continuous use for a long time, once the resistance is burned out, this module will not light up. LED lights are generally not bad. Don’t throw away the module, just replace it with a resistor of the same resistance and use it normally. This saves money for production units. In order to reduce trouble and save money, it is best to choose a module with two resistors. In addition, understand the production facilities of the supplier of the module, and see if it uses anti-static facilities when making the module. If there is no additional anti-static device, even if the resistance is not burned out, the LED lamp is easily damaged by breakdown.

The color of the newly installed luminous characters is pure and bright, and the color will be dim after less than one year of use. It is very ugly to make the font red or red or green or green.

Solution: The safe use current of LED lamps is generally 20 milliamps. Above this value, although the brightness will increase a little, the color attenuation will significantly accelerate. Therefore, when purchasing an assembled LED module, you must test its output current value. Brightness below 20 milliamps is not enough, and more than 22 milliamps affects LED life and accelerates color decay.

Mainly manifested in the large-size luminous characters made of pure white LED. During assembly, the performance of a single module is not obvious. After the entire font is assembled, the color difference is clearly displayed. The entire font is like a map, white, blue, and yellow.

Solution: White LED lighting need to be spectroscopic and color-separated before leaving the factory (LEDs that have not passed through the color-separation color separation are pure white, some are bluish, and some are yellow). In general, small factories do not have this kind of equipment, so white light produced is usually obtained from large factories for spectroscopic separation. Since it is not a product of its own factory, spectroscopic separation is not as careful. Some small factories simply do not distinguish between colors. They generally pull customers at low prices. Therefore, don’t blindly try to buy cheap white light LEDs, you must buy the same manufacturer, the same batch, the same color number of the LED light-emitting tube single particle lamp or module to make the same batch of luminous characters.

Suddenly Off or Not On

After being used for a period of time, the luminous characters start to flicker in part or the entire font light source. Most of the light-emitting modules currently on the LED market are connected by patch cords. In this way, the advertisement maker is convenient and quick when installing the light emitting module. However, there are also some new problems. Because the connector is oxidized by moisture in the air during long-term use, it is easy to oxidize and cause poor contact. not bright.

Solution: a. No connector is needed when making the module, and it is directly connected with copper tin-plated wire and then welded with activated carbon solder. b. Use artificial agate to make fully enclosed hollow three-dimensional luminous characters to isolate the LED light source from contact with air.

The Font Output Power Is Large, and The Power Saving and Energy Saving Are Not Obvious.

Solution: Try to use an LED light-emitting module with a set of five lights technology, so that the number of lights has not changed, and the power has been reduced by two-fifths.

Popular posts from this blog 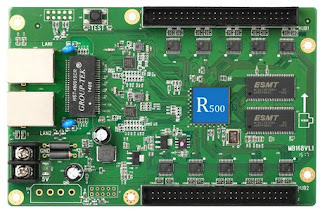 In short, the small pitch is “high density”. Now LED display screen are developing in the direction of small pitches. Small pitch LEDs are used to build high-resolution display screens. Small pitch displays require inputs with higher definition images and Video, which is a challenge for the processor’s load capacity. A good-performing mid-to-high-end LED video processor not only requires the processor to have higher resolution image output capabilities, higher resolution, and more video image input capabilities, but also a more number of real-time video windows In addition to the screen display capabilities, in addition to real-time display, monitoring, management and other aspects have been particular about, we can look at the following aspects. 01 4K Signal Processing Capability LED display systems without point-to-point display capabilities have become powerless electrical to become mainstream products today. At present, there are many screens with more than 1920 * 1080 p
Read more

LED Screen Parts
LED Screen Parts is the fastest-growing comprehensive service team in LED screen industry as parts and integrated service provider. In 2018, we built good relationships with all the LED suppliers and reached long-term cooperation agreements. We are a young team, but with advanced management, all the operations are following the standard rules, rigorous, scientific, flexible, make us grow fast.